Center Parcs is not an independent company, but rather many different holiday parks, working under two separate companies; ‘Center Parcs Europe’ and ‘Pierre & Vacances Center Parcs Group’. This organisation has a total of 27 holiday parks in: the Netherlands, Belgium, Germany, France and Great Britain.

It is well known for its nature, swimming pools and its activities.

They offer professional entertainment, and do this with permanent employees and with a number of theatrical and musical schools. Since 2006 Hans is a technician for one of the parks and is responsible for the technical support during the live performances. 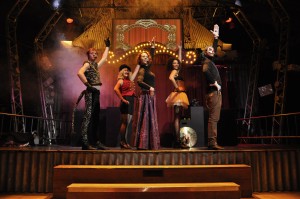