Marillion is a British rock band, formed in 1979, in Aylesbury (Buckinghamshire,England).

The band achieved eight top ten UK albums between 1983 and 1994, including a Number One album in 1985. They scored many Top 40 hits on the UK Singles Chart, including 1985’s “Kayleigh”, which reached No. 2 and became their biggest hit single. The band have sold more than 15 million albums worldwide.

Every two years Marillion holds a fan based convention here in theNetherlands, which is visited by people from 44 different countries. During this convention Neels Sound Engineering, together with HiQ Sound, are responsible for the technique for a number of the support acts, the general daytime program and the after party, and have been since 2007. 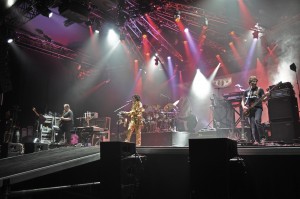 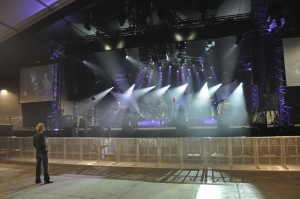